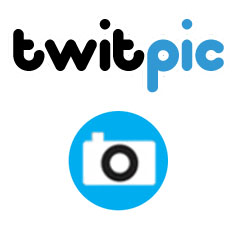 Twitpic, the picture uploading service for Twitter, has just announced that they will make a profit by selling photos uploaded on it to newspapers.

An update to TwitPic’s Terms&Conditions laid out the new deal:

“by submitting Content to Twitpic, you hereby grant Twitpic a worldwide, non-exclusive, royalty-free, sublicenseable and transferable license to use, reproduce, distribute, prepare derivative works of, display, and perform the Content in connection with the Service and Twitpic’s (and its successors’ and affiliates’) business..“

Just to recap – that means they can sell your photos to newswires and news agencies, and you won’t get any money from it (cf: “royalty-free”).

It doesn’t stop you selling your pictures separately, but the papers might already have got a copy through TwitPic and their picture distribution partners WENN.

Should you switch to a service that doesn’t take your content? Yes- if that’s a problem for you, though if it’s mostly pictures of your cat that end up on Twitter then you probably don’t need to.

TwitPic has become synonymous with putting pictures on Twitter – “oh, let me just TwitPic that” but there are several other services that do the same thing.

Flickr dodges the problem of course by having a suite of options for licensing content under the Creative Commons.

You can change your picture uploading service by signing up to a new one, syncing it to your twitter account, then changing your default on your Twitter apps – by going into Settings, or possibly Advanced Settings.

Here are five we recommend:

3) Lockerz – aka plixi, aka tweetphoto.com – a strong contender and compatible across nearly all devices.