If like me, you were surprised – no – outraged, that the boys’ app bombed on The Apprentice last night, then you may have chalked up the failure of Slang-A-Tang to that guy on Wired getting upset by regional mockery, and tipping the PR balance in favour of the girls’ offering – Ampi-App.

Or as Lord Sugar pointed out in his boardroom – maybe the the product just wasn’t as good. 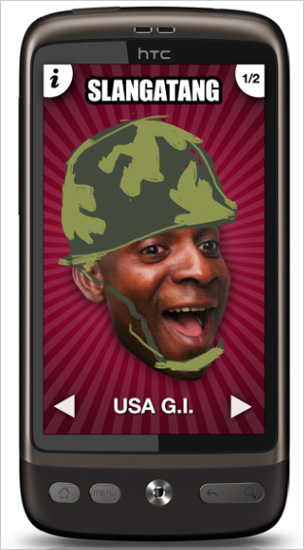 First things first, neither ideas or apps were good: both were gimmicky and annoying and much closer to the fart apps that fill the App Store than gems like WordLens or Pulse or Flipboard or Camera+. Slangatang was a collection of phrases in regional accents, Ampi-App was a bunch of annoying noises that you can use to annoy your friends…

But I think the girls’ one was just slightly better. They only had one idea, but they did do some market research. And I think it paid off – just.

The boys thought of a funny thing, did it better and sold it better

But the girls thought of the situation in which people would use the app: err, when you want to annoy your friends – you know – and that, I think is what makes an app slightly better.

At what point in your day would you decide to pull out your phone and listen to a series of regional phrases? Er, none that I can think of. And okay, while you might not always want to annoy your friends, it fits your phone into a social context.

With apps always you have to think of the USER and the USER SITUATION. Then you also have to factor in that idiots buy crap.