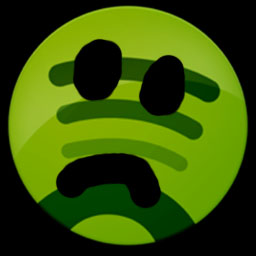 I’m a big Spotify fan, I pay £10 a month for it, and listen everyday, as I have for about a year and a half.

I was sad to hear about the cuts to the Spotify Free service. It has been well documented how hard it has hit the Free users. They’re now only allowed to listen to 10 hours of music a month and – worst of all – play a song five times. Five times ever.

Okay, I hear you – people should pay for music, those records don’t pay for themselves and someone has to keep new bands in synths and studio time. But I still don’t think this is the right way for Spotify to go. They have made their Free service essentially useless. It’s more of a cruel tease than a viable service now and basically – lots of people have stopped using it.

And that affects more than just the free Spotify users. It affect the paying ones too. And this is why Spotify should reconsider these moves.

For me it is the social playlists that made Spotify truly great. That Spotify Social development which synced up your account with your Facebook friends was a master stroke of genius, that let me browse and pillage the playlists of all my friends. I didn’t just get to hear about the new band they love, but about all the bands they loved, laid out in playlists that I could just switch on and browse through whenever I wanted.

Blogs would make Spotify playlists too. I have discovered so much new music that way.

But since the 1st of May – or rather 3 days later when their allowances ran out – my friends have stopped using Spotify. If they can’t listen to a playlist they’ve made more than 5 times, there’s not much reason for them to make it in the first place. So they’ve stopped doing it, and I’m running out of playlists. And that takes away one of the main pleasures of the service for me.

Spotify – you made the Freemium model popular – stick with it. Don’t squeeze out your free customers out to the point where the service is more of a tease than a decent service in its own right. That 10 hours a month, 5 plays of a song ever deal is just too harsh to keep people using it.

Comments on the blog post announcing the cuts are telling. Average Spotify blog posts get around 100 comments.

This one got 9085 comments and runs to 182 pages. Some are supportive. Many are not: “Bye bye Spotify.” Others specifically lament the maximum 5 plays for any song ever.

In the meantime, let us know if you have any comments on this…