So, after years of unchallenged supremacy in news satire, the Onion has a new rival. It’s by a British guy and it satirises the New York Times. Well, today anyway.

Launching today TheFinalEdition.com splashes with a rip-off of the NYT site – copying the site down to the font and well, some of the sections, three of them to be precise. As of tomorrow, it will settle down to a more general news site. Creating the sort of satirical fake news that we’ve come to know and love on The Onion, and err The Daily Show (though we don’t actually have that in the UK).

One thing we do not like however, is this comment which founder Tony Hendra gave to Salon.com:
“We see the Final Edition as a wonderful opportunity to bring to the Internet something other than frat and cat humor, which, with some notable exceptions, is very lowbrow..”

UH – don’t knock the cats. I’d say there are more than a few generation-defining comic-legend lolcats out there. 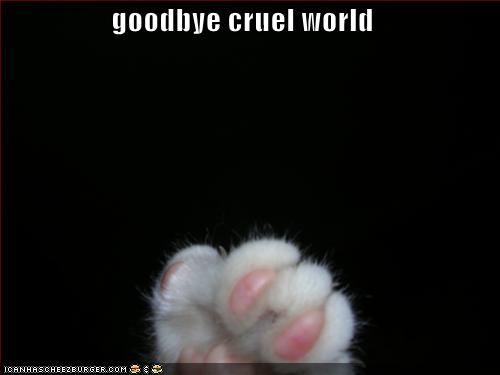 If that’s not profound, I don’t know what is.