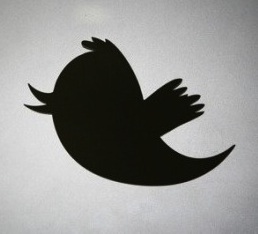 The outing of Ryan Giggs was a victory for gossips everywhere, if nothing else. We will refrain from getting into the discussion about whether Giggs’ morals are any of our business, and instead keep to what us geeks find to be the more interesting element here: the tech side of the story.

It was the fact that Giggs had been named over and over again on Twitter that caused the superinjunction to break. MP John Hemming pointed out that it would be “impractical” to imprison everyone who had named him, and with that it seems we all got away with it. But just when we thought we were all free to say whatever we wanted on Twitter without consequence, something unexpected happened; Twitter released the personal details of an anonymous UK user who had been badmouthing South Tyneside Council.

This suggests it may be possible to enforce a superinjunction on Twitter after all, as long as the authorities get in there quick enough before the information spreads. Still, new whistleblowers have appeared on the microblogging site even since the news that their anonymity isn’t safe, and MP Hemming has also said he will use parliamentary privilege to name any celebrities with injunctions who threaten to prosecute those who reveal their identities. Celebrities should not be allowed to “erode British culture” by threatening to have people jailed for simply “gossiping about them”, Hemming said, according to the Daily Telegraph.

It seems like the Battle of Twitter is far from over. Both sides have good arguments for their cases and a few victories under their belts. We can’t help but wonder where it will all end, though – after all it was a US court that made Twitter give up user details to a UK council. Will the US courts stick to US laws when deciding whether to give up information, or will it consider the laws of the country where the tweeter lives? Also, will the US courts get the British sense of irony? We’re keeping our eyes peeled.