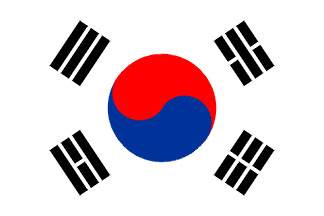 Forget Steve Jobs, Google now have South Korea to worry about. The country’s police have rushed headlong into a confrontation with the internet giant over privacy.

According to the NYT: Google confirmed that the police had visited its Seoul office and said the company was cooperating with the investigation.

It’s the cyber-crime division of the Korean police that are investigating Google. Jang Byung-duk, who is in charge of cybercrime investigation at the Seoul Metropolitan Police Agency, said, “We suspect AdMob collected personal location information without consent or approval from the Korean Communication Commission.”

Home to Samsung and LG electronics, South Korea is an important part of the Asian tech market. Android phones have a growing foothold there, especially as local companies make Android their OS of choice. Getting investigated for a cyber-crime there could be serious news there.

It’s only weeks after revelations about how Apple iPhones track us – The Big Brother Phone: How the iPhone tracks your movements – but South Korean police are the only governmental organisation to actually take direct action.