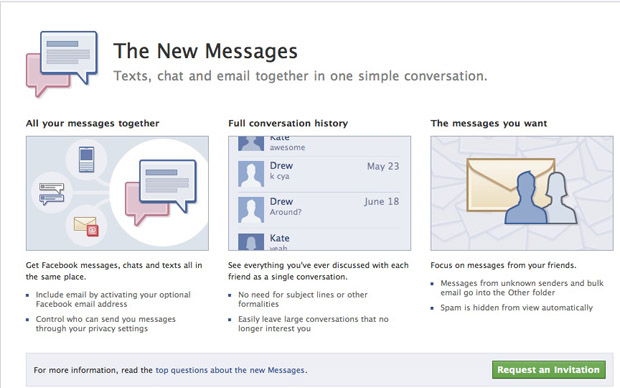 A big trend in communications – promoted by everyone from Facebook to Microsoft to HTC is the idea of running together all your messages together in one all-consuming message stream. So your email from Jen flows into a thread with your text message from her, that Facebook chat you had the other day and a tweet reply she sent you last week.

In this new world of messages, it’s not about the platform the message was sent on – it’s about the person who sent it. The person is at the centre of the experience.

On the Windows Phone 7, it’s called the People Hub, HTC phones do it, and Facebook are starting to roll it out with their new Facebook Social Inbox which streams texts, emails and Facebook chat in together. 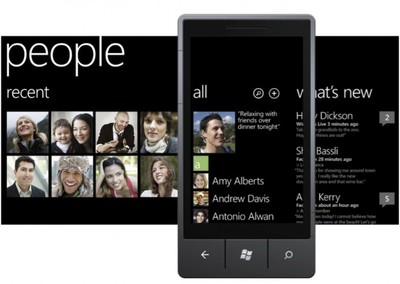 But do we want it?

In some ways it’s very intuitive, particularly if you have multimedia friendships and spread yourself thinly across many platforms. BUT just sometimes – you want to keep stuff separate. Sometimes you want to have work stuff on email and social stuff on Facebook.

Part of it’s a space organisation thing – so I know to go to email if I want to get certain info,

Part of it is self-discipline: I keep Facebook shut when I’m working, and my email open so I can focus on work. If I get Facebook stuff before 5pm, I’ll never manage to do anything ever again.

Part of it is that I see different places online as having different conventions and different kinds of conversation. So.. for example Facebook is a bit like the pub where it’s all social stuff, and text messaging something I do with good friends – it’s like chat you’d have in the kitchen, while email is like the office or a cafe.

And you wouldn’t want conversations from those different places getting mixed up.

Any one feel the same way?

One thought on “Facebook & Microsoft think so: But do we want a conversation stream?”