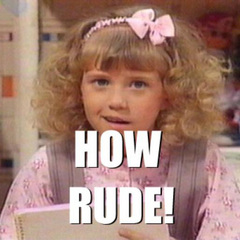 Facebook and other social media sites are costing the UK economy £57.8 billion a year, according to a survey by online market research firm uSamp. And – almost as bad – social media is making us rude.

After quizzing 500 firms and crunching some numbers, the survey sponsored by social email software provider harmon.ie came up with these statistics :

> 60% of work interruptions are caused by online tools/messaging
> 45% of employees work only 15 minutes or less without getting interrupted
> 53% waste at least one hour a day due to all types of distractions.

“That hour per day translates into £3,277.50 of wasted productivity per person annually, assuming an average salary of £14.25/hour. For businesses with 1,000 employees, the cost of employee interruptions exceeds £3.2 million per year and total cost to UK PLC is £57.8 billion.”

And we haven’t even got onto the bad manners…

The survey found that:
> Two out of three users will interrupt a group meeting to communicate with someone else digitally, either by answering email (48%), answering a mobile phone (35%), chatting via IM (28%), updating their status on a social network (12%) or tweeting (9%).
> Relatively few workers disconnect to focus on a task (32%) or during virtual meetings or teleconferences (30%), webcasts (26%) or lunch (12%).
> A majority of workers turn off their devices only when their boss asks them to (85%) or during one-on-one meetings (63%).

BUT, REALLY?
But -really is this such a problem? Surveys like this will come out periodically, and while we’re impressed that they’ve interviewed 500 organisations and crunched some numbers – they were only asking one question – how social media was causing problems.

What about the benefits social media brings?

They haven’t mentioned the fact that the emailling or tweeting could actually be work or valuable to the business. Or the fact that cultivating online relationships with people in the field could be just as productive as talking to the five other people in your office.

We like to think about things from that point of view – what with being addicted to Twitter, the Facebook and any other form of online communication you can think of.

And we imagine that the survey sponsors – harmon.ie – who make a social email product, don’t exactly want us to go back to using the fax machine either…

Do you guys agree?

Related: How Brits are Taking their Technology to Bed