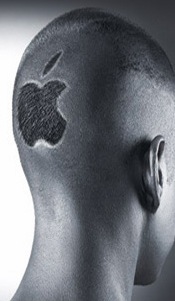 Fellow Apple devotees – you know that feeling you get when unwrapping a brand new piece of kit from Apple? Well, if new research is to be believed, that’s how religious people feel when visiting a beautiful church.

We’ve long talked about the “Cult of Apple”, but maybe it’s more fitting to call it the “Church of Apple” instead. In a recent BBC documentary, ‘Secrets of the Superbrands’, scientists claimed that when in the presence of the shiny stuff, the brains of Apple fans responded in the same way as religious people in the presence of religious images.

After conducing brain scans on Apple fans, showing them pictures of a range of products including some from apple, the concluding theory was that the big tech brands appears to have tapped into the areas of the brain evolved to process religion.

Whether or not this was part of Steve Jobs’ business plan remains uncertain, but the marketing department at Microsoft may want to take notice.

One thought on “Apple causes religious experience in brains of devotees, study suggests”