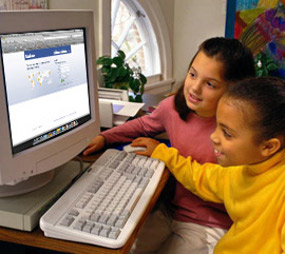 You have to be 13 years old to be on Facebook, those are the rules – but a study shows that 20 million children are happily networking away in spite of being too young.

7.5 million of Facebook users were under 13, while over 5 million were younger than 10, according to a study published in Consumer Reports, CNET reports. This tallies with previous research that shows 38% of kids aged 9 to 12 in Europe use social networks.

Not savvy enough
So what’s the problem here, you might ask. After all, at first glance it might seem harmless that children are using Facebook and similar sites. The problem is that many children aren’t internet savvy enough to engage in the world of Facebook. Identity theft and computer viruses are among the more mellow risks, but these dangers also include more serious issues such as bullying, and even being groomed by potential abusers.

Just as the study was being released, Facebook issued a release commenting on the difficulty of implementing age restrictions on the site: “We appreciate the attention that these reports and other experts are giving this matter and believe this will provide an opportunity for parents, teachers, safety advocates, and internet services to focus on this area, with the ultimate goal of keeping young people of all ages safe online.”

Parental supervision
The problem is that the internet usually relies on us being honest about things like age when we sign up. Social networks have tried to implement age checks, such as preventing someone who tried to enter a too-young birthday from later registering as being older, but it’s difficult to find a foolproof system.

Also, the study showed that most parents weren’t all that concerned about their kids using things like Facebook. Parental supervision does however seem to be key, though – keeping an eye on what the kids are doing online, explain to them about viruses and remember the sage old advice about caution when talking to strangers.