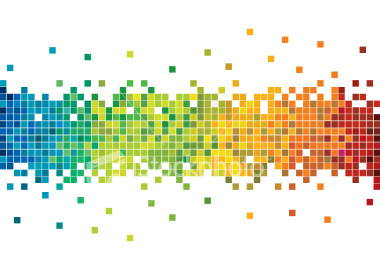 I was at an interesting dinner with Kodak last week and among general conversations about flashes and external mics and light sensitivity, the megapixel myth came up.

This is not a new story – it’s an old old tale – and it goes like this: the more megapixels your camera has, the better the pictures you take.

It’s true up to a point. That point is 8 megapixels, the Head of Products for Kodak pocket cameras told us. After that, the pixels become so small that they bunch together, can distort the image and your pictures can actually get worse.

Add in the fact that the huge amount of memory needed to store these pictures will blow out your memory cards and be a nightmare to transfer back and forth, and cameras this sensitive are more hassle than cheaper ones.

For professional use – with images that are likely to be extensively retouched – it’s useful to have more pixels to have more space to play with in the picture edit. But for consumer use that is not an issue.

If you intend your pictures to be printed out on paper, then slightly higher resolution is needed – 300 dots per inch (dpi) – but a 4 megapixel camera will allow you to print out an A4-sized photo that looks flawless. More info on this useful site.

The problem is that while it’s easy to sell customers a “more is better” story with a tech product it’s much harder to sell the *up to a point* idea. People want more megapixels and they will pay for them.

It’s impossible for one manufacturer to stop playing the megapixel game – because then they’ll lose out to competitors who could step in and sweep the market. And Sony just released a 16 megapixel consumer camera range.

Steve Jobs made a stab at it with the iPhone 4 – announcing that the camera would only be 5 megapixels and boasting about the perceptiveness of the sensor.. But while that’s fine for a camera phone and a brand with the clout of Apple, it’s hard for a camera brand to back out of the megapixel arms race… Stuff like image stabilisation and low-light sensitivity is much more useful in creating great pictures with digital cameras.