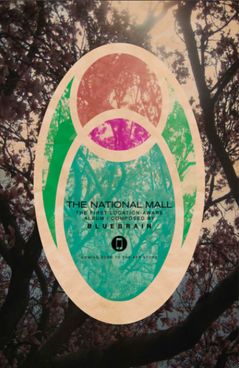 New app BlueBrain plays you music according to your location. Using the GPS and music on your phone, it sends you sounds and musical phrases that are adapted to where you are. Like some kind of geo-located album that changes as you move.

Created for a mall in America by a local band – BlueBrain – it redefines what an album should be.

Apparently the hardest bit was composing the music:

“The most difficult part of making this new album wasn’t the app but writing the actual music,” explains Ryan Holladay, “It’s difficult to know what all the variables will be and making sure they all work on a musical level. (…) We spent a lot of time on The Mall in different areas and created zones in parts of the mall for each particular piece. Then we’d write music based on that area in different sections.”

How you move will affect what you hear:

“because each listener will explore the Mall in a different way and at a different pace, experiences with the album will be unique in sequencing and in arrangement. It is truly the first location-aware album in the sense that it is a work of authored music-different melodies, different rhythms, different instrumentation, and different songs entirely are to be heard at their designated locations.” they write.

UH amazing. If there’s one thing we love here it’s the creative use of geo-location. Their next project will involve a park in Brooklyn and then the Californian highway.