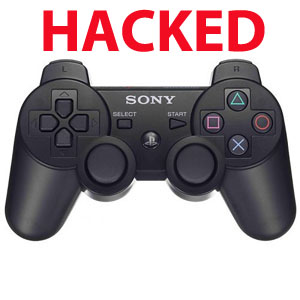 A security breach at Sony is much bigger than previously thought and threatens to seriously rock the whole company.

The credit card details of 70 million PlayStation owners are believed to have leaked online as well as their addresses, dates of birth, Playstation passwords and email addresses.

Sony Playstation has been down since the 19th April when the hack was first acknowledged. Only now are full details of the damage coming out. While Sony believe that the security codes and expiry dates on cards have not been obtained, they are advising PS owners that their card numbers are known.

It is believed Sony was targeted by hackers for prosecuting a gamer called George Hotz who opened the PlayStation source code and published a software crack online. Sony also obtained permission from a San Francisco judge to identify and prosecute anyone who downloaded the crack files from Hotz’s site.

The revenge of the internet has been severe.

The attack is thought to come from Anonymous – the amorphous hacktivist group who previous targets have included Youtube – for taking down music videos, British law firm ACS Law who prosecuted file-sharers and PayPal for disowning Wikileaks.

The length of time it has taken Sony to acknowledge the scale of the hack could also be damaging to its relationship with its customers, with many taking to Twitter to

@StephenAtHome: Sony admits hackers stole information from people’s PlayStations. I hope it wasn’t my avatar. It took hours to get the eyebrows right.

Comments on the Sony blog post bemoaned the outage of service:

“Some of us have subscription services like Lovefilm that is used on PS3 and needs PSN signed in, if is going to be weeks before PSN is back may as well be cancelled for now, but if just some days or 1 week probably not worth cancelling.”

“Now we find out a week later that yes user data was leaked but thats a week to late to if someone has spend £1000 pounds on your credit card or something.
Mr Head of Communications I hope you get sacked over your complete lack of common sense when dealing with this situation.”