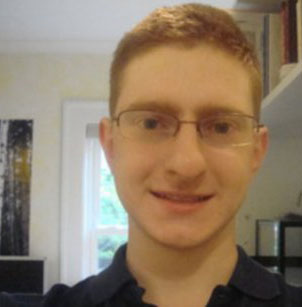 The story of Tyler Clementi, his suicide and the aftermath is one of bullying, persecution and intolerance in America – and shows both the harm – and good – that can be done with the internet.

A Rutgers court have just charged Dharun Ravi with intimidation and invasion of privacy – Tyler’s room-mate who secretly filmed him having sex and streamed it on the internet. Rav tweeted about the live-stream encouraging people to watch it.

What could be a prank in another circumstance turned out to be lethal bullying in an America where it is still difficult for many people to be gay and it drove Tyler to jump to his death days after the incident last September. Obviously the internet and the webcam were essential to the crime.

We worry about lack of privacy on the internet leading to embarrassments or a lack of professionalism, but this was a invasion of privacy that led directly to a suicide. The worst possible scenario. The case of closeted gay people living hidden lives in difficult communities is one to bear in mind when web masters like Zuckerberg talk about privacy being optional.

However, one thin silver lining to the case is that it gave birth to Dan Savage’s YouTube-powered It Gets Better Project, which used the webcam for good in an attempt to make the internet, and America a better place for gay youth – asking governments, corporations, celebrities and normal people to film YouTube videos of themselves describing their coming out stories and how it got better for them. It’s an innovative idea that used web 2.0 to its best – with millions of viewers and thousands of contributors including celebrities, yes, but also everyday people whose stories are rarely told.

The trial of Dharun Ravi continues…