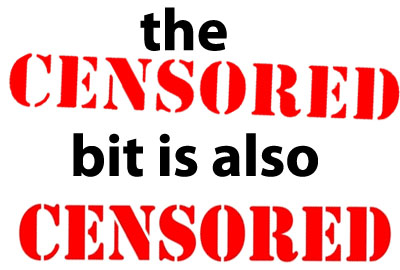 Is it really worth celebrities spending thousands of pounds on locking down media coverage of their affairs and three-in-a-bed romps when anyone with an internet browser can find out what’s going on on Twitter?

Super-injunctions – gagging orders which prevent the media reporting on an event and then prevent them reporting that the gagging order exists – have prompted a wave of criticism about censorship, and how people with money can pay for privacy where others can’t.

However, is there really much point to all the money being spent on legal fees? when the average punter can just go onto the Twitter home page, search for “super-injunction” and get a pretty clear idea of all the celebs involved… if not the juicy details.

It’s not like the law doesn’t apply on Twitter – people have been prosecuted for what they write there – but it certainly doesn’t apply very much. And it’s incredibly unlikely that the average celeb would decide to sue 4000 random people on Twitter, who probably don’t have much money to be sued for, and may not live in the same country as the super injunction in the first place.

Blogs or websites could be caught under the injunctions, especially if they are based in Britain, but Twitter seems to get away with it. Oblique jokes hinting at who has taken out a superinjunction are circulating on the social network, which we refrain from publishing here.

Here are some we can:

Wikipedia briefly got in trouble after users updated the entries of the celebrities who have taken out the super-injunctions with info about them, but the references were swiftly removed by Wikipedia staff.