Apple are taking Samsung to court claiming that their Galaxy Phones and Tablet range “blatantly” copy the iPhone and the iPad.

They filed a lawsuit on Friday alleging that Samsung violated Apple’s patents and trademarks. A spokeswoman said: “This kind of blatant copying is wrong.” Apple singled out particularly design features: the shape of the phone and the look of the apps and icons on the home screen. -Those square things with rounded corner? They were Apple’s idea according to the suit:

“Even the icons in earlier versions of the Samsung smart phones looked different because they had a variety of shapes — and did not appear as a field of square icons with rounded corners,” the lawsuit said.

Samsung say they did their own research and came up with these ideas independently.

Apple has also sued HTC and Motorola for copyright infringement and illegal use of their intellectual property respectively.

But what do you think readers? Are the phones that similar? Take our poll at the bottom after looking at the pictures above and below: 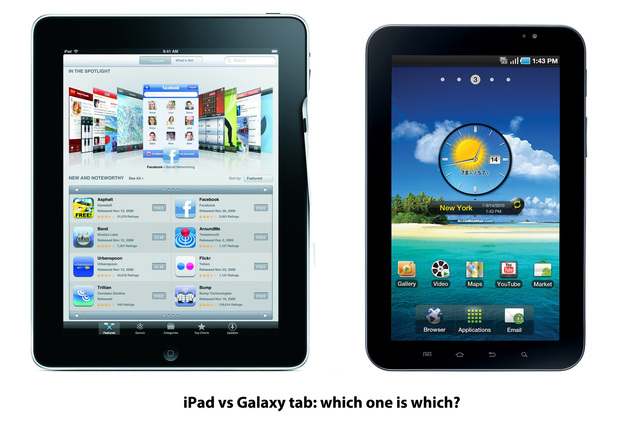