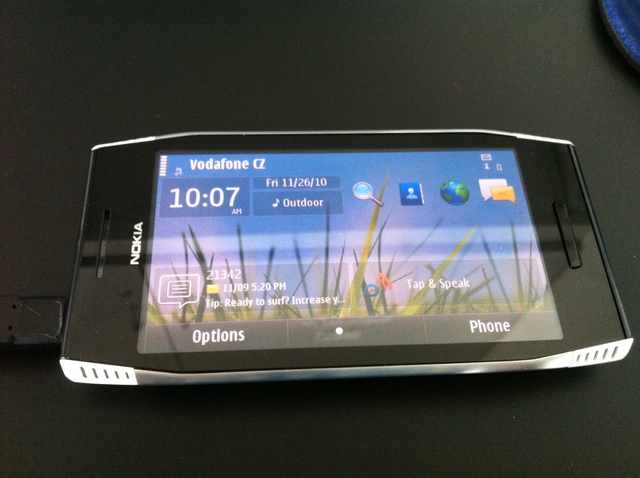 Nokia are staking out their belief in their own-brand Symbian operating system by installing it again in their latest smartphone release. Symbian – a Nokia-created rival to the Android and iPhone operating systems has come under a lot of criticism over the years for a clunky user interface, slow response times and ugly looks with way too many boxy menus..

But for the X7, out in May, Nokia have tweaked it and given it a new name – Anna (great name obv).

Similar to the X6 in looks with its tapered ends and metallic finish, it also features a super high-end camera – 8 megapixels and a bright double LED flash. It has a OLED screen, shoots high-resolution video and will play back high res video and images.. It looks like a nice piece of machinery.

However reports filtering through confirm that the the changes to Symbian are – at best – superficial and that even the attractive new name doesn’t change the fact that this is still a fiddly operating system that requires time and concentration to master.