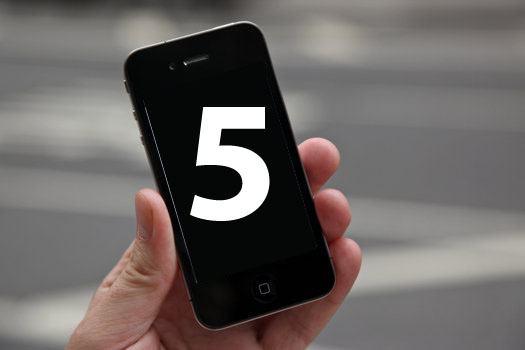 After much to-and-fro, it looks like the iPhone 5 will be released in September instead of the traditional June date.

The iPhone is still the smartphone that sets standards for all mobile phones and other manufacturers are chasing Apple on specs and design. So what can we expect from the new device? What is Apple still holding back?

1) An aerial that works
– iPhone 4 notoriously has poor reception, due, partly, to it’s flashy exterior aerial. Apple was forced to issue free bumper cases to reduce the problem. We’ll expect this to be tweaked at the very least on the iPhone 5. Possibly with the aerial retreating back inside the case.

2) A faster chip
This is almost certain. We’re expecting something along the lines of the dual-core 1.2GHz processor that powers the iPad 2. Good news for those who like to multitask and run complex apps.

3) LTE or 4G internet capability
Sadly this is practically useless for us in Britain. We won’t get the fast 4G internet networks set up until at least 2015. But it’s possible Steve Jobs will want the next iPhone to take advantage of the new fast internet networks available in the United States.

4) Slimmer
Every year the iPhone gets a bit slimmer. We should probably expect that again this year, probably accompanied by a change in design – maybe a return to the rounded edges of the 3GS and the iPod Touch.

5) Some more apps
There’ll be a new iOS update with – we imagine – some funky new apps. Apple made GarageBand for the iPad 2, there will probably be some nice new software toys with the iPhone 5.

6) High definition sound
This would be a really nice addition to the iPhone. Jess pointed out on ShinyShiny recently why this could be the next frontier for phone-makers.

7) Better camera
The iPhone 4 camera is already very good, but it’s possible that Apple will bump up the megapixel count a bit on both the front and back cameras.