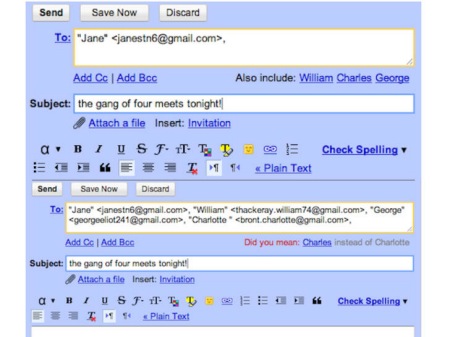 It already flags if you’ve included the word “attached” in the email without having actually added an attachment – very handy indeed. But now it seems Gmail is taking the task of protecting us from ourselves to the next level.

‘Don’t forget Bob’ is the new feature which will offer suggestions of missing people if you are sending a group email. If you usually email Bob alongside Lucy and Jane, Gmail will remind you if you forget.

‘Got the wrong Bob?’ is the second new feature – as Gmail will suggest all matches as you type in a name, it will now also alert you if it think you have opted for the wrong one. Especially handy if your boss and boyfriend have the same name, this one.

The new features are set to be rolled out within a day or two, according to Techradar.