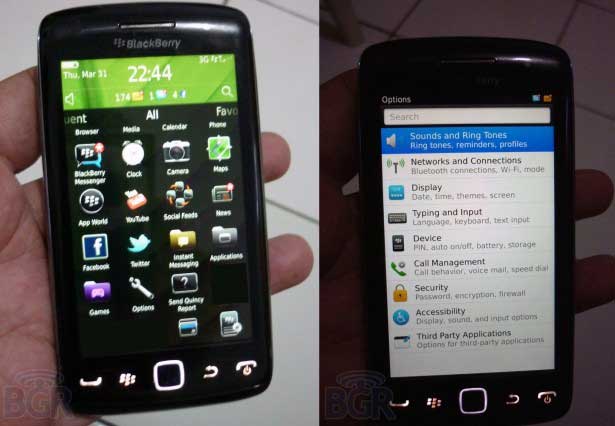 This surprising finding was the result of a survey by goodmobilephones.co.uk which polled 901 people in the UK.

53% said they would rather have the new Blackberry Touch (codenamed the Monaco/Monza) over the new iPhone 5, expected to launch this summer, with 42% going for the Apple phone.

Secret pictures of the new Blackberry emerged over the weekend on BoyGenuisReport, see above.

Reasons for preferring the Blackberry over the iPhone 5 included the fact that it seemed more reliable and that it was easier to use for email.

However, going by the poll, iPhone currently has the edge in the British market with 38% of respondents actually owning an iPhone compared to 34% with a BlackBerry.

Better reasons for choosing the Blackberry would include its impressive line-up of specs:
OS 6.1, a 1.2 GHz CPU, 768MB of RAM, a 3.7 inch 800×400 display, a 5 megapixel camera capable of capturing video at 720p and Near Field Communication capability (NFC) on board.

But then, we don’t know what we’re comparing it against because we won’t know the specs on the iPhone 5 until Apple do a reveal..

What would you choose Shiny reader?