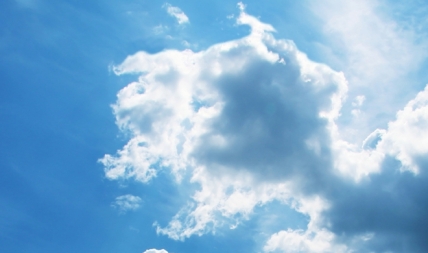 My photos are on Facebook, my music is on Spotify and my docs are on Gmail. Faced with the option of buying Microsoft Office recently, I demured, reasoning that I had Notepad, Paint and well, didn’t really need it.

Sure – this week with the Google Gmail blip that accidentally wiped the accounts of 100,000 users (story here) keeping your virtual property in the cloud looks like riskier policy than it has done for years.

What if oo, say, all your email contacts, documents and spreadsheets disappeared for a week or so because there was a blip at the GooglePlex? A chilling thought.

Still though Google may have blips – so do hard drives. If you’ve never tried restoring a back-up of a Windows Vista hard drive to a Windows 7 machine – don’t. You’ll end up gnawing through the USB cables. And not for the fun of it.

And at least Google backs everything up on off-line tapes as we discovered this week, so full data will be restored to the affected Gmail users after a painstaking process of rebooting.

There has been much debate over whether Google Apps will ever manage to make a dent in Microsoft Office’s sales – an area where Microsoft have been so dominant for so long. Really, though this blip has caused a reassessment of that, it’s also reminded people how much we do depend on Google Apps, how great they are, and the fact that they are free – and constantly updated.

Of course Office gets updated too but you have to pay for the new versions.

There’s also the fact that I can log into any computer with internet anywhere and edit one of my documents and that I can get Spotify on my phone etc etc. When I get a tablet, as I undoutedly will – I’m sure google apps will be at the heart of that as well.

Hell, I quite like having a clean hard-drive and there’s not much I miss about either Office or the bulk of my pictures.

How do you guys feel about moving to the Cloud? Have you done it already?