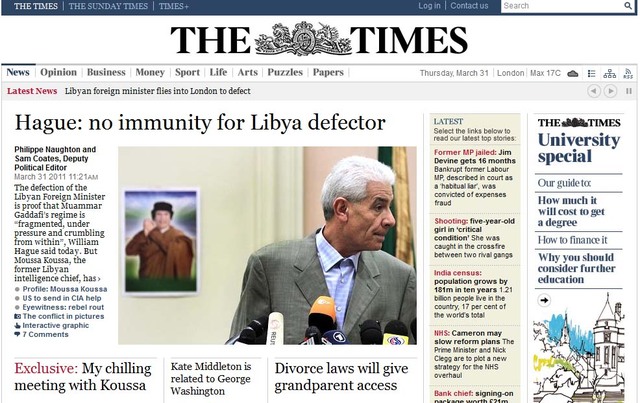 Many in tech world have been sceptical about the paywall set up on the UK Times saying that it has severely reduced the reach of the website and that it undermines the idea of how content is shared on the web.

With the Huffington Post opening a UK version in June – the UK news online sector is set to change pretty rapidly in the next year, even few months. It’s possible that the arrival of the HuffPo will put pressure on other commercial news sites – possibly the Guardian – to go behind paywalls to make up for lost advertising revenues.

The HuffPo will have to compete with the BBC for local news. The state-sponsored news outlet providing the biggest English language news service in the world.

In other news – the New York Times’s soon-to-arrive paywall is proving to be easy to circumvent with a blog pointing out that a Firefox extension could strip the paywall off the news site.

Related: Why is there no British Huffington Post?
HuffPo to launch British edition this summer

One thought on “UK Times paywall paying off..? Subscriptions increase”