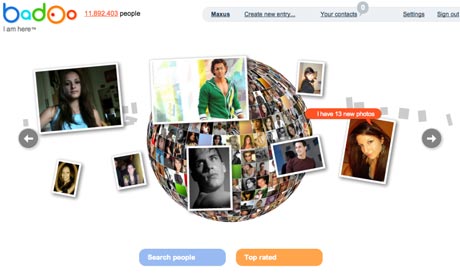 It seems that dating is the new farming- at least as far as Facebook users are concerned.

Dating app Badoo is now the most second most popular app on Facebook with more than 55m monthly active users, and gaining nearly 1m people every day according to AppData.

That puts it ahead of Zynga’s Farmville – long the most popular app on Facebook, and now third with over 48,000,000 active users. Farmville is down from a peak of about 95 million in autumn 2010.

Badoo started off as a straightforward dating site, but diversified into a Facebook app while keeping their main site up too. Penetration of the app is low in the UK and US, but it has skyrocketed in continental Europe and Latin America.

The idea behind the app is that you can casually chat with interested people nearby while on Facebook socialising with your friends. And it links up to their facebook profiles too so you get a better idea of the real person than you might from a dating profile. Badoo works on a freemium model with most users using it for free, but some paying 8 euros a day for it.

When I wrote about Badoo before – I liked what they were saying about Social dating and the ease of communication online. Dating on Facebook just gives it all a bit more structure – and the opportunity to meet new people instead of just your friends.

I was a bit put off by their logo and main site design, which looked kind of cheap, but then I guess it’s free. And, signing on now… (?!) there are obviously

Related: Social Dating: What is it? and should you be doing it?