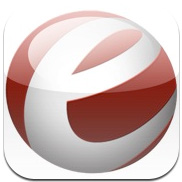 Equality groups have slammed Apple for allowing a “gay-cure” app on the iTunes app store.

The app, Exodus International, advocates the theory that gay people are psychologically ill and can be cured of homosexuality by therapy.

Apple has often come under fire for what it won’t allow into the app store. Over the years they have banned: political cartoons, images of nipples and recently Wikileaks. This time they’re under fire for what they’re letting in, and it stands out all the more starkly considering their hardline on what they consider offensive.

Gay-rights group Truth Wins Out describing the app as “unacceptable”, and are calling on Apple for its immediate removal in an open appeal: “Your company would never allow a racist or anti-Semitic app to be sold in the iTunes store, and for good reason. Apple’s approval of the anti-gay Exodus International app represents a double standard for the LGBT community with potentially devastating consequences for our youth.”

High rates of suicide among gay teenagers in America are a particular concern at the minute after several high-profile cases.

Exodus International claims to be “the world’s largest ministry to individuals and families impacted by homosexuality”. On its site, Exodus states that it “upholds heterosexuality as God’s creative intent for humanity, and subsequently views homosexual expression as outside of God’s will”.

Apple generally has a good record on gay equality – opposing California’s Proposition 8, removing the anti-gay Manhattan Declaration iPhone app in particular so hopes are that they will call time on this app and remove it from the store.