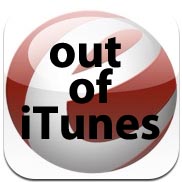 Apple withdrew the “gay cure” app from its iTunes store this morning, a month after the Exodus International app was approved.

Gay rights group TWO for Change spearheaded a protest against the app which stated that homosexuality was a mental illness that could be cured with therapy that the app purported to provide.

TWO said: “Apple made a wise and responsible decision to dump an offensive app that demonized gay and lesbian people,” Wayne Besen, executive director of Truth Wins Out, said in a statement. “The real winners today are LGBT youth who are safer and less at risk for receiving Exodus’ malice and misinformation.”