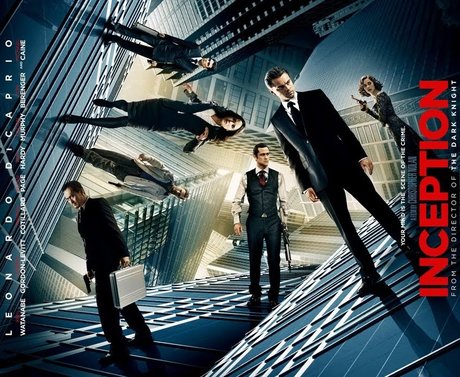 We’re not sure about the science behind the film “Inception” – I mean – is your brain really full of white suited terrorists on snow-mobiles? And Leo may get inside my dreams sometimes, but it’s certainly not because he’s lying in a van somewhere with wires attached to his head trying to – I didn’t buy it.

But an app is promising you the same tantalising possibility of controlling your dreams with *slightly* more scientific basis. But without the celebrity actors and all the fighting. In their place Dream Controller the iPhone app uses carefully-timed noises to influence your unconscious brain.

The idea is that half-hearing a certain noise while you’re in a certain phase of sleep will start you thinking about it and all that it entails. For example hearing a dog barking could get you dreaming about dogs. You know.

“It is a common experience for an individual to incorporate actual, external sounds into the ongoing story being lived in their dream. For example, the sound of a far off police siren may not be jarring enough to awaken the dreamer, but the sound of that siren may be incorporated into the dream, changing its direction as it unfolds. Beginning in the 1970’s, researchers began experiments into the phenomena of lucid dreaming, maintaining conscious awareness while dreaming. There followed many fascinating studies into the nature of REM sleep, lucid dreaming, and the ability of some individuals to control the theme and direction of their dreams.”

Well, I don’t know about you, but I’m convinced. The app comes with a suite of pre-recorded dream noises including: Airplane, Applause, Baby, Battle, Beach, Cafe, Forest, Motorcycle, and Rain. There’s also a voice saying “This is a dream”. That’s pretty deep right there. You can customise your own noises to remind you of particular things – the sound of the toaster, the teletubbies theme tune – whatever it is.. 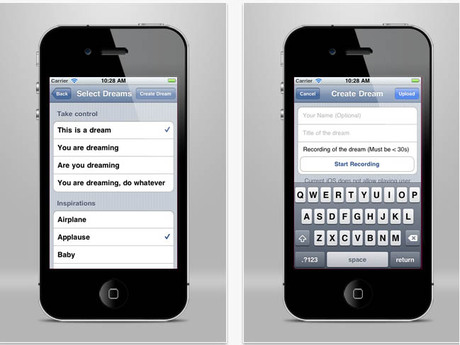 An important feature of the app is the timer. These noises have to kick in at the right stage of your sleep cycle. Developer Bebek says:

“new in the app is the ability to schedule messages throughout the sleep period, or just the final two hours (dreams are most common during the last two hours of sleep). In deference to the film Inception, which explores dreams within dreams and the reality of the dream world, the app also features an option to receive messages (0 – 40) while awake, so that the user may indeed verify whether they are dreaming.

Um, Bebek sounds like a bit of a visionary man. These are his thoughts on the future:

“As computer hardware and software was the breakthrough technology of the twentieth century, consciousness hardware and software will be the breakthrough technology of the twenty-first ….. Dreams Controller gives every iOS device owner an opportunity to be an explorer in the realm of lucid dreaming and higher states of consciousness.”