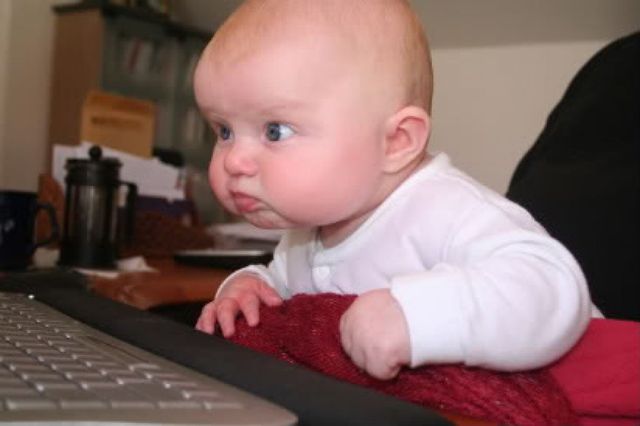 Four out of five tots in the US use the internet every week according to a survey that charts the rise of Generation Internet.

They’re not on Twitter – they’re mainly watching videos. For most under fives, the internet acts as an extension of the TV – a place to let them watch their favourite shows. TV was still the digital medium that children spent most time on – three hours a day on average.

The survey by education non-profit organizations Joan Ganz Cooney Center and Sesame Workshop also found that young children will also tend to have multiple screens on the go and often consume more than one type of digital media at once.

Researchers were keen to record what kids were doing on each device as well as how long they spent on them.

“Knowing that a child uses the Internet mostly to Skype with a relative in another state versus using the Web to engage in solitary game play, gives us a much better sense of what a child is doing and may be getting from the experience than just knowing that he or she is using the Internet.”

And as to the age-old question of whether all this screen time is good or bad for kids – the answer lies somewhere in the distinction Kotler is making – are they using it for quality interaction, are they learning from it, and what is the context.