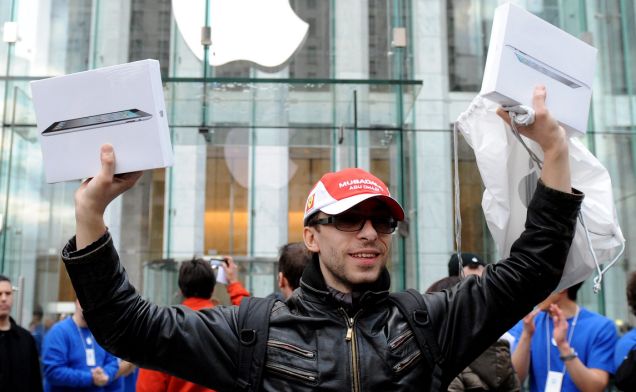 Looks like Apple is continuing to bring in swathes of new customers with its iPad. iPad 2 went on sale in the States on Friday and 70% of the buyers over the weekend have never bought a tablet computer before.

Despite techies – including us – not being thrilled by the new leap in features – it has convinced customers who lined up outside stores in the US to get their hands on the iPad, buying out all stocks in several main US cities.

ZdNet reported on findings from an analyst from firm Piper Jaffray:

“Piper Jaffray analyst Gene Munster made the following points based on a survey of 236 people in line at Apple stores in New York and Minneapolis:

Tablets have been around since the 90s of course, but it has really taken the Apple magic to get the masses interested in buying them…

iPad 2 is in UK stores from Friday 25th March

One thought on “70% of American iPad buyers are new to tablet computers..”