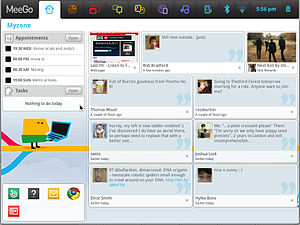 We hadn’t heard much about the system for months so it’s not a massive shock to hear that the joint project between Nokia and Intel has failed.

But it is a surprise that two of tech’s biggest players couldn’t get a product together for one of hottest new areas – mobile and tablet computing.

A sign of the times. And presumably only one of the announcements that will follow Nokia CEO’s burning platform comment of yesterday… see: Four reasons why the world’s biggest phone maker is in crisis: Crunch time for Nokia