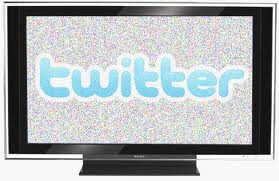 Anyone on Twitter will have noticed that it goes ballistic when a big TV show is airing. In the UK that could be Xfactor, My Big Fat Gypsy Wedding or even just a particularly strange interview on the news. The show’s hashtag will shoot up the Twitter Trending column and lively online commentary and discussion will ensue.

The same is true of Facebook – TV shows make a big buzz on social media – and despite ignoring it at first that buzz is now something that TV execs are really keen to capitialise on.

Why social media interaction is important for TV
The bottom line is that online buzz makes for more TV viewers says Ian Schafer the chief executive of the digital agency Deep Focus in the New York Times. And it makes for more live viewers too – as people tune in to the show when it first airs on TV rather than watching it on recorded later – advertisers prefer that because it means people can’t fast forward their ads, and TV networks prefer that because it gives them higher figures for their slots which looks better for them.

And it’s not just more live viewers, they’re also more engaged viewers too… According to the Times: “Television executives say the chats deepen viewers’ interest in a show, making them more likely to watch next time.”

In the cut-throat arena of TV ratings, that’s not something that TV makers can ignore.

1. Have a Twitter feed for the programme
Very simply – just get set up an account, follow a bunch of people, give away interesting snippets of information and tweet and retweet fast when the show is up and running.

2. Don’t just make the Twitter feed a press release conduit – get the show’s stars onto it
Get the chatshow host and the lead actors tweeting about the show as it happens. It makes it more exciting for viewers and builds a sense of behind-the-scenes and exclusive access that gets people engaged and coming back for more.

3. Get the Hashtag out there
Post the #hashtag for the show in a prominent place on the website and Facebook pages – that makes it more likely that people will pick it up, that they’ll all use the same tag and that show will end up trending.

5. The new iPlayer – get instant chat built into your viewer
This one is only available to the broadcasters with a lot of clout and money, but check out the BBC’s new iPlayer – which integrates instant chat in a side panel next to the main viewing screen. It works with Windows messenger – hardly a much used chat service these days – but in time should be able to include g-chat among other ones. A tie-in with Facebook and Twitter means users can recommend programmes to their friends though not yet comment live via those services…

AND A WILD-CARD:
7. Make programmes that appeal to social media users and are likely to provoke hashtags and discussions…
This last one is a bit out there, but I bet we’ll start to see this more and more. Of course programme-makers are always trying to provoke discussion and get an audience reaction, but now they can measure it online, I bet we’ll start to see more of the kind of elements that get a good reaction on Twitter or Facebook.