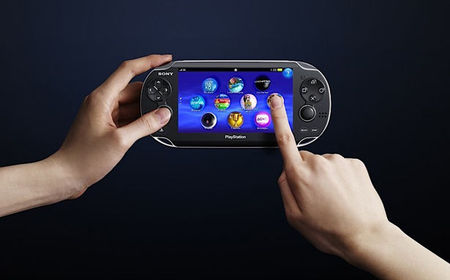 Sony unveiled their new handheld games console at their PlayStation Meeting 2011. And dropping the PSP name is only one of the surprises in the new Next Generation Portable (NGP).

Resolution on the NGP’s screen will be four times sharper thanks to a faster four-core chip (ARM CortexTM-A9). The motion sensors are now the same ones as used in the PS3 and connectivity comes not only from Wi-Fi, but also a 3G connection, as well as Bluetooth 2.1.

The biggest change is in the NGP touchpanel which allow for a whole bunch of new ways to control a game. “Touch, Grab, Trace, Push, Pull,” is the tagline for the new device and this touch sensitive panel allows for gestures and taps to be used alongside the physical buttons for an immersive experience with thousands of complex controls now possible for any game.

The NGP will also feature a new cross platform initiative called PlayStation Suite, which will allow games to be played across select Android smartphones as well as the NGP console.

The Sony NGP is expected to launch this winter, likely in Japan before the rest of the world.