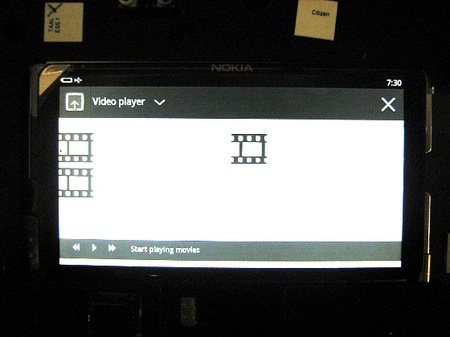 Nokia is to release a tablet with an operating system powered by Intel according to a rumour sweeping the interwebs. The Nokia tablet will run Meego and according to the picture doing the rounds on the interwebs, it’s a black rectangle with a touch screen. No huge surprises there but of course Nokia is the world’s biggest phone manufacturer so anything they release in the tablet area is going to be big news.

Meego – Nokia and Intel’s swanky new mobile operating system – has been on the table for a while with little actually ending up on the shelves. We’ll be interested to see how this one pans out.

Meanwhile, have a go squinting at that picture above to see if you can work out anything useful from it. We think it’s a 7 incher.