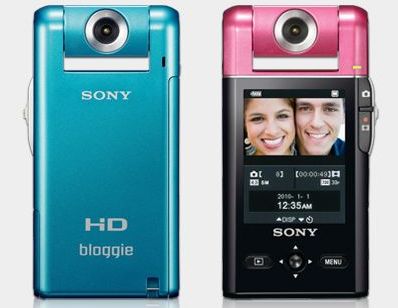 Looks like Sony’s camera line-up for CES 2011 has come out a little early and an upgrade to their popular cheap camcorder the Bloggie is on the table -it’s getting 3D recording.

The new Bloggie 3D MHS-FS3 will have 3D movie recording and stereo mic according to Photo Rumours.

One of the top new camcorders will also have a digital projector built in, will have two lenses and be able to record HD 3D video.

Otherwise there are a lot of updates to the Cybershot digital range, but it seems there will be no new digital SLRs from Sony this year.

Picture of the current Bloggie above, priced at £120. We’ll post the new ones as they pop up.

One thought on “CES leak: Sony's Bloggie camera gets a 3D update”