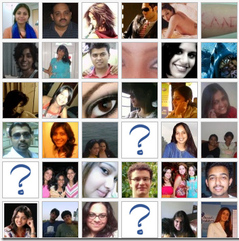 If you’ve ever gone through your 300 friends and been baffled by why you’re friends with someone called Barry whose face you don’t recognise, you’re not alone. The average Facebook user doesn’t know a fifth of their friends. So if you’ve got 500 of them that’s a whopping 100 people that can access your profile that you don’t actually know.

The research from GoodMobilePhones surveyed over 1,522 Facebook users and found out the slightly worrying statistic.

The main reason people gave for being friends with people they didn’t know was politeness (54%) and then the desire to look more popular by having more friends (34%). I understand both those reasons.

I must admit, it has got easier to place random people now with Facebook’s new Friendship pages – you can see mutual friends, the date you added them and events you’ve both attended – which could all serve to jog your memory.