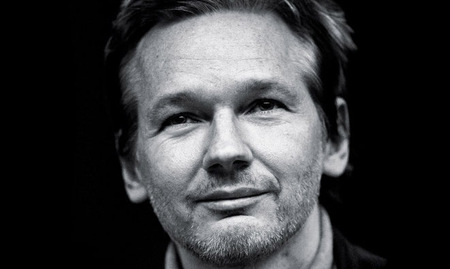 The media is all over the place about Julian Assange, the leader of Wikileaks and his recent arrest for sexual assault. Given his position at the centre of the massive secrecy-busting leaks and the victimisation of Wikileaks by companies like Visa and PayPal – his arrest for sexual assault is being seen as a set-up by authorities trying to catch him.

However, the media-bashing of the women who made the complaints is hardly fair either. Rape and sexual assault are some of the most under-reported crimes in the Western world and have shockingly low prosecution and conviction rates. As a feminist who has heard a lot of the “oh it’s not really rape if” arguments, i don’t think going lightly on celebrity sexual offenders is a good idea.
BoingBoing’s article on the matter – Whatever the Julian Assange arrest is about, it’s not about how much women suck– seems to strike just the right notes.

Anyway, given that context – this Tumblr blog is wildly inappropriate but consequently also really funny: The Julian-Assange-Fanciers-Guild blogs pictures of Assange looking rebellious and windswept and comments from users who fancy him and say things like: “If Julian Assange was my boyfriend, I would never have another lesbian fantasy again.”

It’s pretty wrong. And they have temporarily suspended posting as a mark of “respect”. They are hyper-aware of their position at the centre of a maelstrom.

But you should check it out.