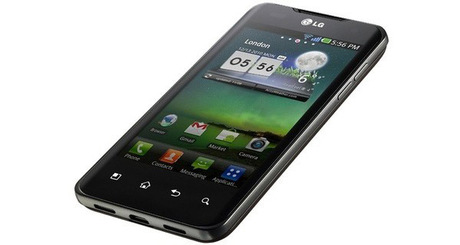 Dual-core chips have fuelled a boom in laptop processing power by doubling the amount of info that can be channeled through the processor. Now LG have put one in a phone.

Exceptional graphics make for strong gaming performance and video playback as well. And a shed load of power features make this a real barnstormer of an Android phone.

The phone will connect to HD TVs… The smartphone also includes both rear- and front-facing cameras, microSD memory expandability, Micro-USB port and a hefty 1500mAh battery.