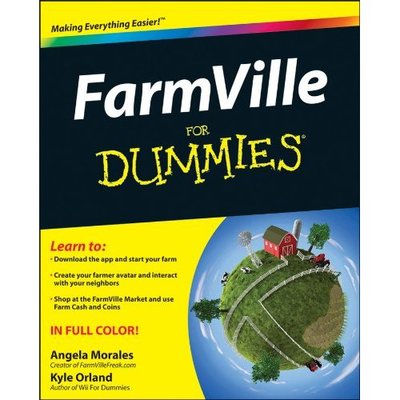 Are you baffled by that enigmatic Facebook-based farming game called Farmville? Darling, get yourself Farmville for Dummies and become one of the initiated.

Some may say – “Farmville is really simple in the first place – you don’t need a book to understand it”. Others may say – “God, why would you want to spend money on a book about it, which can only be more boring than the actual game which is boring in the first place”.

But they are just h8ers, so stuff them. You want to buy this book? – you buy it!

One thought on “Farmville for Dummies! the book that finally tells you what it's all about”