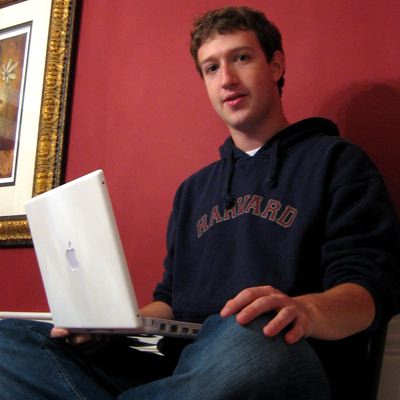 Novelist Zadie Smith has written an interesting article about Facebook in which she finds a reason for its general disregard for personal privacy.

Her thinking? – Mark Zuckerberg is quite a boring person with nothing particularly exciting to hide, so he doesn’t really understand why other people would want to. She’s not denying he is some sort of inspired programming genius – no – I think she compares him to an artist at some point. But she is saying that on a personality level he hasn’t grasped the way people modulate their character to fit different situations and different people.

Basically she suggests – he just goes to cool restaurants, posts nice pictures of holidays and likes some TV shows and does what he loves – programming.

Alright, so the presenters have probably prepped their pages before showing them to the world’s media, but you know what, it really doesn’t sound that unrealistic. Comments like “cool picture!”, “fancy a BBQ saturday?” and “hey check out this restaurant, great thai food” pepper the walls and private messages of the Facebook employees and it’s really dull.

I think Zuckerberg, and possibly a fair number of Facebook employees are pretty boring. I could see that their open platform where all 400 friends have the same weighting and pretty much everything is shared and everyone is always chatting about their favourite jeans and songs and restaurants is kind of flattening of human experience, but you know what, it doesn’t really matter.

Smith argues that it does. Her point is that not all personalities can be compressed into this bland template. But as ever, I think the blandness of Facebook is its success – it’s just a blank page – well a blank page with text boxes – and its limitations almost encourage creativity.

One thing I like to remember about Zuckerberg is that, as Robert Scoble once pointed out, his minor in Harvard was psychology and I think that the guy understands a lot more about how people think than the media give him credit for. Let’s face it, so far he has been proved right.

In the second half of her article, Zadie Smith discusses Jaron Lanier’s book “You Are Not a Gadget”. She thinks he’s right, I don’t, but then, as she admits herself, she doesn’t really get social media. To be honest, I don’t think Jaron Lanier does either.

[via The New York Review of Books]