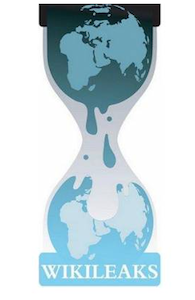 Wikileaks, the whistle-blowing site has become known for publishing and commenting on leaked documents alleging government and corporate misconduct. They have played a pivotal role in unveiling information about the on going Iraq and Afghan wars. Now it looks like they are about to release cables sent from American embassies around the world.

U.S. officials said the documents may contain accounts of compromising conversations with political dissidents and friendly politicians. They also could damage U.S. relations with allies around the world and result in the expulsion of U.S. diplomats from foreign postings.

WikiLeaks has said this latest leak will be on Afghanistan, Russia and other former Soviet republics, and have suggested the documents will bring huge embarrassment to the U.S, as well as revealing corruption allegations against foreign government leaders.

This will be the third time that WikiLeaks has released classified documents. In July, it released 77,000 papers on the Afghan war. Then in October, it went public with 400,000 papers on Pentagon reports about the Iraq war.

In revealing these types of documents Wikileaks, attempts to hold governments and companies accountable for their behaviour. However, there are obviously repercussions in doing this. Do you think WikiLeaks should publish sensitive U.S. diplomatic files? Why or why not?