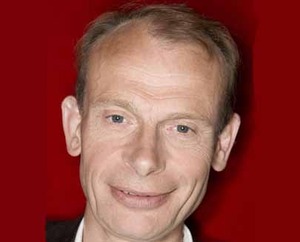 This weekend Andrew Marr described bloggers as “inadequate, pimpled and single” in a swinging and fairly rude knock at the blogging community.

To those of us who spend our time reading and contributing to the blogosphere, this attack on our skin condition and relationship status hit home hard. But wiping aside the tears, I feel that Mr Marr doesn’t really know what he was talking about.

“Most citizen journalism strikes me as nothing to do with journalism at all. A lot of bloggers seem to be socially inadequate, pimpled, single, slightly seedy, bald, cauliflower-nosed, young men sitting in their mother’s basements and ranting. They are very angry people. […] But the so-called citizen journalism is the spewings and rantings of very drunk people late at night.”

I can tell you right now I am stone-cold sober.

To me it sounds like he is mixing up raY0993 from Oklahoma who runs around trolling videos of Justin Bieber on Youtube or perhaps writing fierce h8 blogs or posts in dodgy forums, with the bulk of the blogosphere which is genuinely people who are really interested in a particular area – haute couture, phone apps, politics, malaysian food – and just want to write about it.

It’s only old school journalists who bang on about citizen journalists anyway, the rest of us just do stuff we like doing – some with much more demand and readership than others, but all because we are bascially interested in it.

A blog is just a format for writing in the same way that a review or a feature article is a format. Blogs just happen to be well suited to the internet – and to the experience of reading on a computer. They are personal, yes, opinionated – often, but good blogs tend to deal deals with one particular topic in a clear way with regular updates and they are often bang on time because they can be published easily. Blogs can be a very useful source of information, and the personal character fits with the experience of reading on a computer – a one-person, one-screen interaction which works with a more conversational tone. Blogs can also be funny, enjoyable and interesting – it’s possible.

We’re not saying all blogs are great, gracious no, but the joy comes in hunting out the the good ones, and frankly if you can’t be bothered to search for good stuff on the internet then there is little point going online at all.

Andrew – do your research.