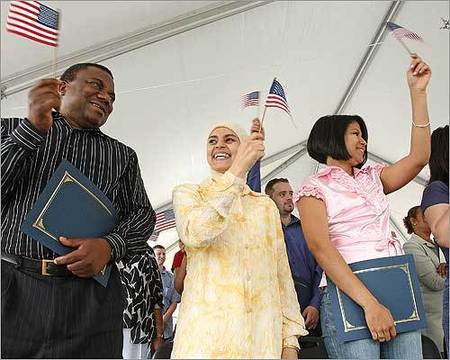 Yeah we were surprised by this one too… Apparently the American government is using Facebook to spy on citizenship applicants. Great.

In memo dated 2008, the U.S. Citizenship and Immigration Services actively encouraged officials to “friend” citizenship applicants so that officials could scan Facebook profiles for any suspicious or disqualifying behaviour…

The memo as shown on ReadWriteWeb goes – “Narcissistic tendencies in many people fuels a need to have a large group of “friends” link to their pages and many of these people accept cyber-friends that they don’t even know. This provides an excellent vantage point for FDNS [Office of Fraud Detection and National Security] to observe the daily life of beneficiaries and petitioners who are suspected of fraudulent activities.”

I get the hunch that they’re not exactly going on to look for material in support of the potential citizen’s application.

The memo continues to suggest that officials shouldn’t reveal their true identity and that they should probably make friends with with the applicant’s mum too… “leaving open the possibility that agents could actively deceive online users to infiltrate their social networks and monitor the activities of not only that user, but also the user’s friends, family, and other associates.”

Another excellent reason not to add randomers on Facebook. And to be honest we imagine that officials using their facebooks to further for U.S. Citizenship and Immigration Services won’t be very amusing anyway so