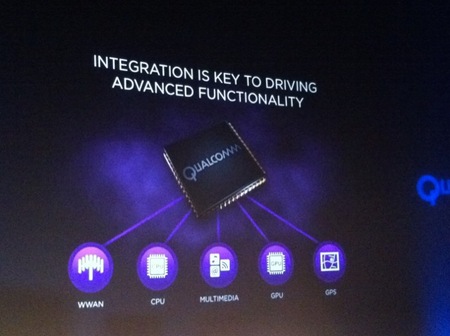 They make the brains of some of the best phones on the market. You may not know the name but if you’ve used an Android phone or a tablet computer, then you have probably used a Qualcomm chip. Their Snapdragon chip is a powerhouse and it was the first 1GHz chip on a phone.

CEO Paul Jacobs was talking about how they see the future at their big innovation conference today. Here are a few selected tidbits –

Qualcomm will be going up-market and down-market
Qualcomm will be pushing in two directions in the next year – one towards the top end of the market developing big powerful chips for the top smartphones mostly on Android. There you should look out for a 1.5gHz snapdragon chip out at the beginning of 2011 and an asynchronous dual-core chipset. (Asynchronous chips use a lot less power).

And on the other hand Qualcomm will be making cheap, robust chips for emerging markets – places like India and China where demand for cheap smartphones is likely to skyrocket.

They will start making their own devices
Qualcomm stressed that they love being a good partner. They’re not going to start taking on phone-makers like HTC or Operating System makers like Google – but they have started to make their own hardware and software. 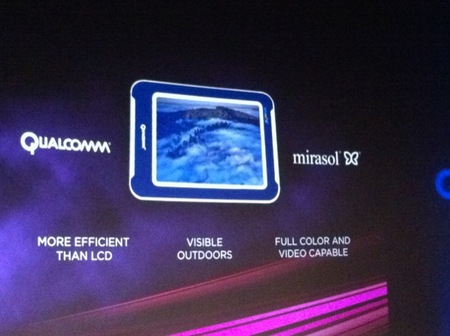 That includes things like screens that never switch off… Qualcomm say they are always struggling to save power with their chips to keep battery life strong, and one big drain on battery life is the watts required to light the screen up, something that has increased as people use their phones more and more.

Building a touchscreen that’s really in sync – ask Apple, this is their approach to the very smooth and successful iPhone interface.

They’ve also made their own entire device for developers to play with and a touchscreen.

Qualcomm also mentioned two other surprising areas they have moved into: 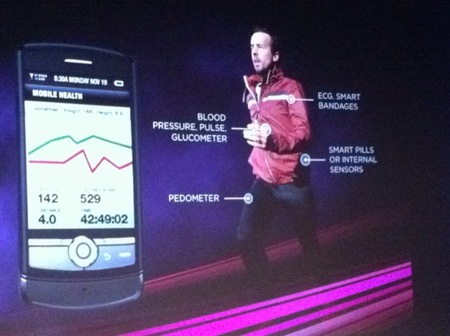 Health Monitoring
Wireless devices could be helping you to manage your health according to the CEO of Qualcomm. They’re certainly looking into it. “75% of health spending is on chronic diseases” he said and then cited the fact that diabetics who manage their healthcare well cost 10x-15x less money to care for a year compared with people who fail to monitor themselves well.
No specifics here but basically wireless devices could be making us healthier.

AR
Another big ideas pitch here. In future your phone could be giving “a user interface to the world” as things and people become recognisable to computers. Qualcomm boast that they are taking AR one better than everyone else by locking this tech to the world around you. Most AR apps use gps, but they say they are using image recognition to fix it to particular places so it look more like it is part of the real world.
Interested? Yes we are.