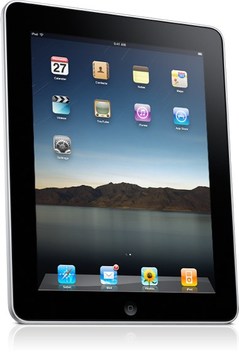 An interesting story broke in the WSJ this weekend about a proposed tablet PC device from Korean manufacturer LG. Amid the usual bluster (the VP for mobile-device marketing Chang Ma told the Wall Street Journal. “Our tablet will be better than the iPad.”) came the news that the LG tablet would focus on productivity.

This made me think of two things

1 To take on the iPad tablet makers are going to need a USP – At one level this might be knocking out cheapo Android drive tablets for less than £200. This would certainly expand the market massively. However there are a couple of other options.

One might be to produce a tablet PC aimed squarely at kids. As anyone who shares an iPad and a house with children can testify the iPad is a genius gadget for the under 10s. So what could prove to be a massive seller would be a touch screen tablet with a brightly coloured very durable frame that is packed with all sorts of creative and gaming software. Sell it for less than £250 and ToysRUs would be shifting them by the bucket load (and adult iPad owners might get their gadget back).

The other is to take LG’s route to its logical conclusion and produce a tablet that is focused on creativity and production. My big bugbear with the iPad is that it is very much a gadget for consumption. Take its flagship third party app – Flipboard, which is all about consuming content – in this intance inspired by Twitter and Facebook and not actually tweeting, commenting or updating statuses.

I’d personally love to see an iPad that worked seamlessly with Posterous, Tumblr and even WordPress that made blogging ultra simple. Just imagine if the content management system automatically took your content and delivered it in a Flipboard format enabling you to make your own magazines. I think the keyboard would need to be re-thought a little (although the iPad’s larger touch screen keypad is actually quite good). It would be good if it ran on Android, but had compatibility with Excel, PowerPoint etc too.

2 Manufacturers need to get innovative product out there quickly – If anything the lesson from both the iPod and the iPhone is that if you don’t respond fast enough, too many people get sucked into Apple’s irresistible universe and it makes it very hard to sell rivals products. Sony’s range of MP3 Walkmans and the Microsoft’s Zunes were both good products but they offered too, little too late.