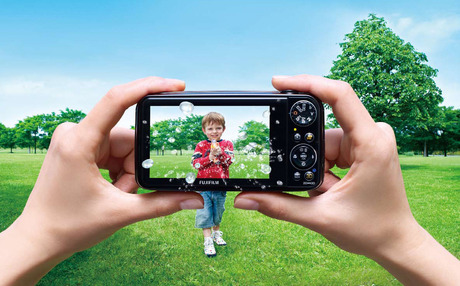 Fuji have just announced a 3D camera – for the home. The FinePix W3 will be available to consumers from September for £399.

In a mechanism that replicates how the human eye works, the camera takes two video streams and then combines them in the display mode to produce 3D images… which are visible with or without 3D glasses.

You can watch the 3D footage on the LCD screen on the back of the camera, or the FinePix W3 will plug directly into a 3D TV letting you watch the film there.

The double lens can also be put to good use in the 2d world – you can take two images of each scene with different focus and different lens settings…. Fuji explain –

“Photographers can select to shoot both close-up and wide angle versions of a photo, or two alternative colour balances or have an image with two versions with high and low sensitivity.” 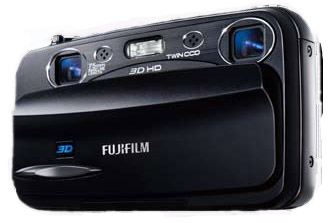 Fuji put a 3D camera on the market last September, this model has a few improvements, as Fuji detail:
“it’s smaller and lighter than the original model, it has a FinePix W3 adds a bigger and better quality screen, an Auto 3D mode, stereo sound recording and the unique ability to shoot video in Real 3D in High Definition, with live or recorded playback via direct connection to any 3D TV – using an HDMI mini-cable (hi-speed type) 1.4 cable.”