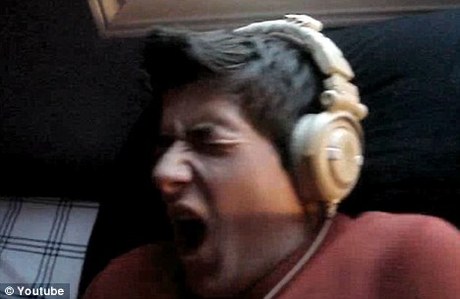 A Daily Mail article claiming that MP3 files are drugs has caused a heap of derision from online commentators.

“This is the world of ‘i-Dosing’, the new craze sweeping the internet in which teenagers used so-called ‘digital drugs’ to change their brains in the same way as real-life narcotics.”

Evidence for the drug comes from a personal testimony and a seam of Youtube videos showing people listening to the music and writhing around. The Mail note that the craze is “sweeping” America and that the Oklahoma Bureau of Narcotics and Dangerous Drugs [that wonderful institution] has issued a warning to children not to do it.
‘Kids are going to flock to these sites just to see what it is about and it can lead them to other places, spokesman Mark Woodward said. According to the Mail, Woodward added that I-dosing could indicate a willingness to experiment with drugs.

Oh my god. It’s ridiculous on both a technological and biological level.

Things we download from the internet go onto our computers, not into our bodies.

Okay so we all know music can make you feel excited or change your mood, but so can reading shitty articles which tell awful lies about the internet and nobody claims they’re drugs.

Drugs, to quote Wikipedia, are “chemical substances” and let me tell you right now there’s nothing chemical about an MP3 file. MP3 files are just a certain way of formatting data.

Since this whole ridiculous story is so similar to the sketch on British satire show Brass Eye where the host, Chris Morris, rants about a non-existent new drug called “Cake”, it seems so much like a hoax that it’s hard to believe it’s true.

Or more likely it’s just a meme where you put your headphones writhe around, film it, then put it on Youtube.

Commenters have had a field day:

Licking the daily mail logo on your PC screen gets you high too!

Try listening to a Guardian podcast it has far worse effects. They should start a service called i-ranting

All I know is that trying to unpiece all this has given me a headache. Side-effect?