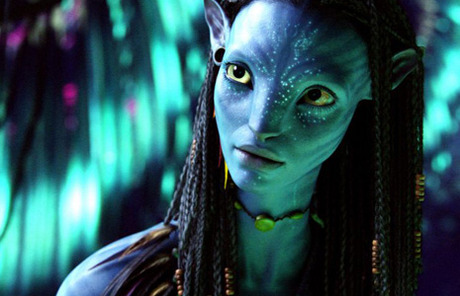 Dreaming of making the next Avatar? Get cracking with a consumer 3D camera, officially announced today by Panasonic, 28th July.

Their HDC-SDT750 3D camcorder is aimed at the consumer market and uses a 3D conversion lens that captures right-eye and left-eye images simultaneously through two lenses. Users can remove the lens to shoot in normal 2D.

The camcorder comes packed with software allowing you to edit the 3D content at home, copy content to their computer or burn it onto DVD/Blu-Ray Disc. What doesn’t come in the box is a 3D TV to watch it on. That you’ll have to purchase separately.

Though once you do, the discs can be played from any 3D ready TV with a Blu-ray Disc player/recorder. Users with a Panasonic VIERA TV can insert the SD Memory Card from the camera straight into the set.

The price hasn’t been announced but with the specs and this futuristic extra dimensional shooting we imagine it’s going to cost a pretty penny. So it just depends how keen you are on having your home videos in 3 dimensions.

o iA (intelligent Auto) mode with Face Recognition – automatically optimises and focuses on specific people’s faces in the frame and tracks their movement. Plus up to three people’s names can be displayed on the camcorder’s LCD

o HYBRID O.I.S (Optical Image Stabilizer) to detect subtle blurring that occurs when users move during filming – plus the O.I.S. Lock provides even more powerful hand-shake correction which is ideal when filming bird-watching or content that requires zooming (only available without 3D lens) at a fixed angle

o 5 x microphones for surround sound when playing back content

o Power saving technologies such as Auto Power LCD which automatically adjusts brightness of the screen (inside theatre or in bright room); Eco Mode to automatically switch off camera after 5 minutes of inactivity and Quick Power-On to capture spur of the moment shots

o 50 Frames/sec high speed burst shooting – perfect for analysing a swing of golf, tennis strokes or other shots of subjects in fast motion