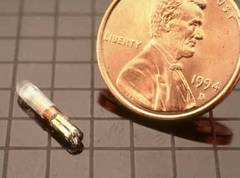 It’s not like your PC will catch conjunctivitis off you, but some research in has concluded that computers can catch viruses off humans… Humans that have been implanted with chips that is.

It is rare but increasingly common that humans have chips planted in them for medical or security reasons. According to a story on ZdnetAsia, a Chinese scientist implanted with a security chip which let him open doors and use a locked mobile phone, was able to spread a virus from the chip in his hand to the security system in the building he was entering.

Equally, the system could spread a computer virus back to the chip in the person. The research just

So people with medical chip implants are open to a new vulnerability – computer viruses.

The scientist warned against the trend of implanting medical chips when they’re not necessary – for example chips which contain medical records like allergy information, in lieu of medical info bracelets.