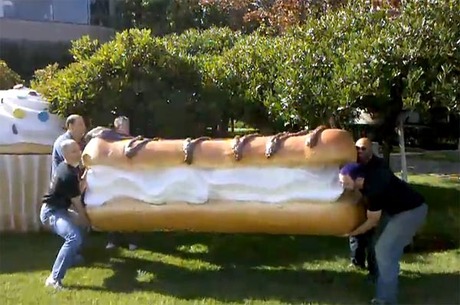 HTC Hero users will get the newest version of Android – Eclair – at the end of this month.

A statement from HTC explained:

“The upgrade will come in two parts, the first of which will roll out from this week and will be detected when the Hero next automatically checks for software updates. The second part of the update will follow towards the end of the month. As the second part of the upgrade will wipe all data on the handset, Hero users should ensure any important data has been backed up before proceeding with the installation. Due to the size of the update, wherever possible, we would advise using a WiFi connection for this download to avoid additional data charges.”

Eclair is Google’s Android Operating Systems 2.0/2.1. It was released to developers back iin October 2009, but is just making it onto the popular HTC handset. So what’s new in Eclair? A quick run down of the platform’s features:

Android 2.2 is called Froyo and was released in May 2010, the version still in development is Gingerbread which will probably be released in the autumn.