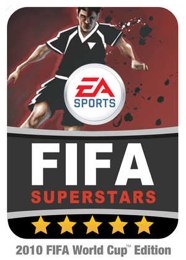 Initially some people were disappointed the game didn’t feature any traditional football gameplay — it was similar in structure to manager simulations, and by encompassing, a real-time training aspect, it also took on gameplay conventions from existing Facebook and social gaming titles such as Farmville.

The game is cool, if a tad under-developed: The interface is overwrought and confusing and some of the cut-scenes are just a bit baffling. The incentive system is also very one-dimensional and actually you’ll find it’s the social side of the game that keeps you coming back.

That said, I’m happy to see it out there. Social gaming has developed rapidly over the last couple of years and combines casual gaming with social networks in a way that is both fun and rewarding for gamers and provides an interesting platform for businesses.

I’d like to see a slew of new social games all pushing each other forward. With that in mind I’ve put together 10 franchises we’d love to see release a social gaming title in the very new future.