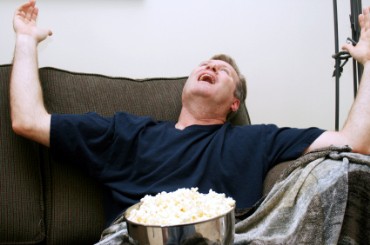 Yes, it’s coming, and I don’t mean the Revolution. I mean the World Cup and in case you hadn’t noticed, it will be televised. Given that I’m not that into football, I always end up watching huge numbers of World Cup matches, so I can only imagine how much TV time the World Cup must mean if you are into football.

The World Cup could be the reason you need to make the leap from standard TV into high definition. We’ve pooled together here 5 great TVs, from the budget friendly to the pricey, each with at least one stand out feature that would make it a great set to watch the tournament on.

Apart from all the hypnotic passing the ball around, great goals and the big stadium theatricals there are also lots of cuties running around taking their tops off so there are many good reasons to get all that in crisp detail. No 3D, the World Cup won’t be broadcast in 3D, this time round at least.